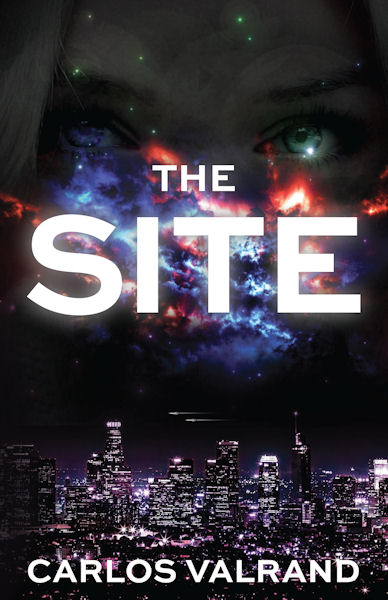 Carlos Valrandĺs The Site combines a psychological mystery with a startling science-fiction thriller.

Charles Ryder and Vivian Venables are Americans investigating a mysterious document stolen from a Department of Defense contractor. They struggle against ruthless forces that stop at nothing to keep them from learning the documentĺs secrets.

In London, schoolteacher Cicely Denfeld has troubling dreams in which she experiences the hazardous activities of Charles and Vivian. The strange continuing dreams about people she does not know drive Cicely to doubt her own sanity, and she seeks help from Dr. Burton McClellan, a noted psychiatrist. Cicelyĺs psychoanalysis suggests that her nightmares foretell a secret reality with the potential to shake the entire world order.

As Charles and Vivian are drawn increasingly deeper into a frightening conspiracy, Dr. McClellan and Cicely strive to discover a link between her dream experiences and the real world.

The Site is available in paperback from various retailers, including amazon.com and barnesandnoble.com, and in e-book form from amazon.com (kindle).

The plot moves at a good pace, with well-spaced revelations and twists. - Kirkus Reviews

A psychological puzzle wrapped around mystery and adventure that exposes the greatest conspiracy ever. Keeps you guessing all along. Highly original. - BCL

The novel is divided into six sections that correspond to phases of Cicelyĺs psychoanalysis: Contract, Regression, Transference, Countertransference, Interpretation, and Termination.


Charles Ryder ľ An American engineer hired to investigate a document taken from a Department of Defense contractor.

Chadwick ľ CIA agent acting as US Government liaison to a secret facility.

Alden Swan (the Wise Man) ľ A researcher and expert in antiquities.

Map of the Tieck Anomaly Area 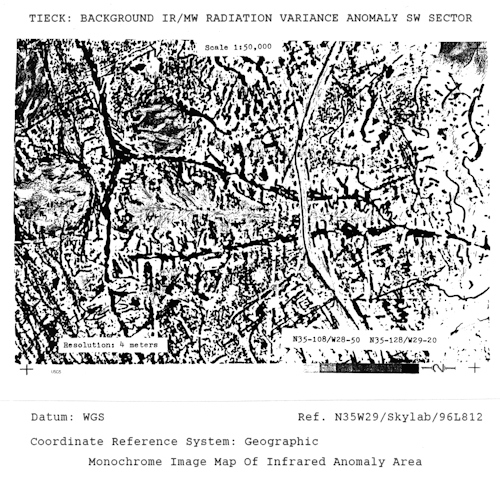 Aliemt  An ancient interplanetary transport guild. Its founding is told in the story of the lovers Aliese and Emtor. The guild later merged with the Indane organization. See Indane-Aliemt.

Amesbury  A town in Wiltshire, England.

Android  A synthetic semi-biological humanoid. Usually employed as assistants to high-ranking Bithian officials, they also serve in various capacities in Indane-Aliemt organizations. Nesdelsen regulations prohibit the use and creation of self-conscious artificial intelligences, but they tolerate their use by others. Command-grade androids are extremely able, and possess intellectual capacities that may match those of their makers.

Andros  An island in the Caribbean. The largest of the Bahamas Out Islands.

Aylesbend Manor  Carlisle estate near the town of Chesham.

Biscayne Bay  A lagoon on the coast of South Florida, between Miami and Miami Beach.

Caten  The Dramtes name for Eta Cassiopeiae A, a class G star 19.4 light-years from Earth. One of the Dramtes-controlled star systems. Caten is part of a binary system. Its companion, Athjev, does not have habitable planets.

Cycle  A Dramtes unit of time measurement, approximately equal to a solar day. Each Dramtes cycle has 1,000 milicycles.

Dione  A heavily-cratered airless moon of Saturn, bright and icy. Its diameter and orbital period are 1120 kilometers and 65.7 hours, respectively. The site of an ancient and extremely powerful Galamic military installation. See Keeper.

Ertugral  The Dramtes name for Lalande 21258, a class M star 19.2 light-years from Earth. One of the Dramtes-controlled star systems.

Galam  The ancient empire from which the Dramtes are thought to have originated. At the height of its power, the Galamic Empire controlled hundreds of star systems.

Gilgamesh  The code name for a covert U.S. Air Force laboratory and medical research facility providing technical support to the Dramtes underground installation in California. The COSPENC directive outlines its role in fostering scientific interchanges between the U.S. and the Dramtes. It is located in Houston, Texas.

Hripitur  A handheld instrument, about the size and shape of a thin book, used primarily to record, playback, process and analyze sensor data.

Imdermi  A handheld mining tool shaped like a baton. It incorporates a light source and sensors for distance measurement and mineral analysis. The tool can be extended to act as a staff. Its power source can be caused to release its energy suddenly, in an explosive manner.

Indane-Aliemt  One of the three governing bodies forming the Dramtes. Ruled by the Indane-Aliemt Prenike. Formed through the merger of the Aliemt guild and the Indane, a paramilitary mercantile organization.

Keeper  A machine intelligence controlling the ancient Galam fortress in Dione. Deserted for 600 centuries, the stronghold was staffed by a detachment of 350 Imperial troopers during the Yor-Hoerri.

Limnen  A device, about the size and shape of a bean, used primarily as a source of pre-packaged knowledge. When inserted in the ear canal it serves as a synthetic extended memory.

Milicycle  A Dramtes unit of time measurement, one thousandth of a Dramtes cycle. Approximately equal to 1.44 minutes.

Monitor  An audiovisual console capable of speech, with powerful analytical and computational capabilities. A very intelligent computer and data bank.

Nesdelsen  One of the three governing bodies forming the Dramtes. Ruled by the Nesdelsen Prenike. There is a small Nesdelsen contingent on Earth. A Nesdelsen crew of 200 is primarily responsible for the operation and maintenance of the starship Xartek.

Risper  The Dramtes name for HR 8832, a class K star 21.4 light-years from Earth. One of the Dramtes-controlled star systems.

Stadia  A Dramtes unit of length measurement, approximately equal to one tenth of a nautical mile.

Stonehenge  A ruined Neolithic sarsen and bluestone monument near Salisbury, in southern England.

Tehachapi  A mountain range in southern Califormia that extends from Los Angeles County to Kern County and borders the Mojave Desert.

The Red Chalice  A nightclub in Los Angeles.

Xartek  An interstellar Dramtes ship, stationed in orbit around Neptune. Shaped like a very elongated, thick-tailed teardrop, it is more than a kilometer long. The Xartek is capable of relativistic speeds.

Yorj  Uncial Galamic, a non-humanoid race that fought against the Galamic Empire and was instrumental in its downfall.